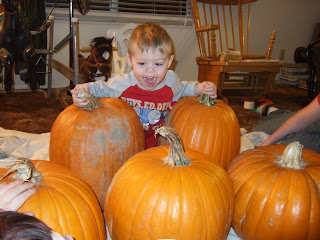 Pumpkins, Pumpkins, Pumpkins! We love pumpkins! Our family (lead by Kim of course) really gets into pumpkin carving!
Everyone at our house is expected to carve a pumpkin! And, not just a simple Jack-O-Lantern, oh no! Each must be a work of art!
Many years ago Kim discovered special tools for carving the "perfect" pumpkin, and then went so far as to make custom tools of his own. We usually use pre-made patterns for our creations, but Kim often creates his own patterns.
It is amazing how good everyone is getting at this art! Each year the girls choose more and more difficult patterns. But, no matter how good any of us get, Kim can carve even more challenging projects, AND, he can do two in the time that it takes us to do one! He is truly the MASTER CARVER!
Bubba's pumpkin.
Tasha's pumpkin Audrey's Pumpkin Shandra's Pumpkin Kim's Pumpkin (Kim was only able to do one this year because he worked late and got a late start!)
Bubba usually spends Halloween with hi…
Post a Comment
Read more 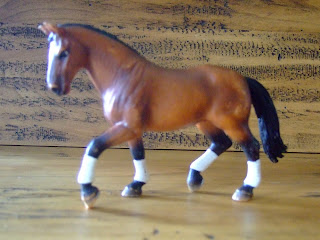 Last Christmas a friend gave Bubba some horses. He was absolutely thrilled with them, and still plays with them almost every day. Right from the onset he was insistent that they each had names. The first time he asked me their names, I naively thought that he would promptly forget their names, and so I just threw out the first names that I could think of. . . "Jenny"
"Frank"

Silly me! Bubba was very serious about their names, and has never forgotten them. Consequently we have been a little more careful of the names we have given each additional horse! This one is "Shadow" This one's name is "Maple", but Bubba calls him "Naple" "Charlie"
He is so funny, if we try to trip him up by saying the wrong name for one, he sternly gives us the "evil eye", shakes his finger at us, and then corrects us, "no, that's not _____ it is ______!
Recently he has realized that we are playing a game with him by calling each hor…
Post a Comment
Read more
More posts