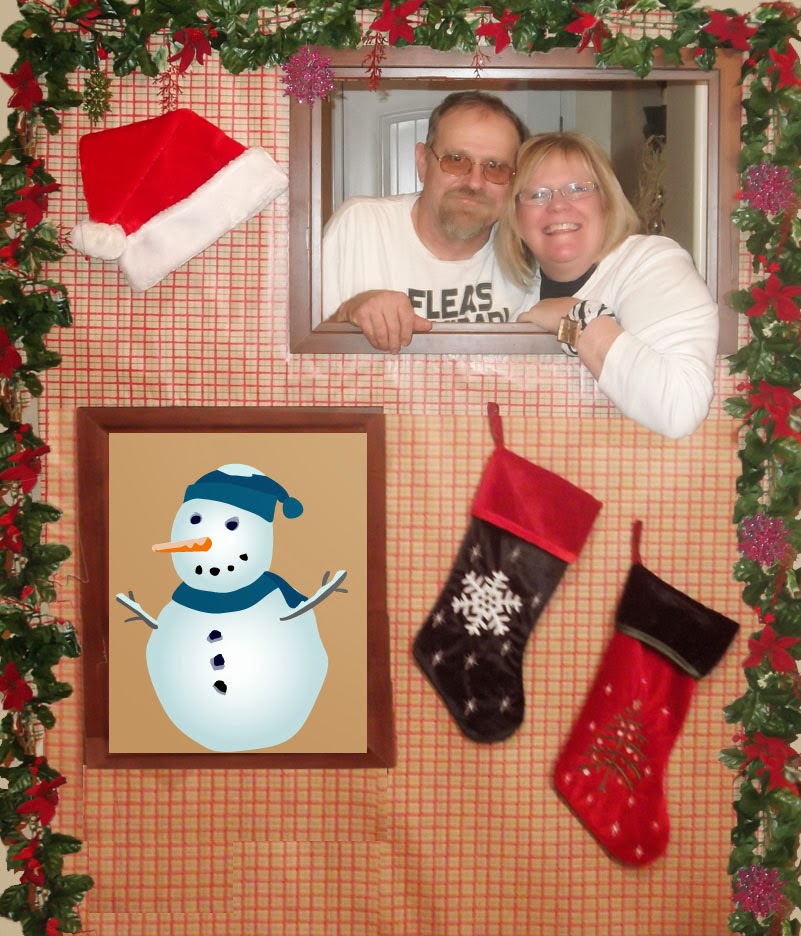 Our annual Christmas Eve party was held at Robin and Cory's new house this year.  We missed Roxane's family, but everyone else was there.  Cory cooked the turkey perfectly.

Shanne loaned us her photo board so we had a fun time taking pictures!

We played a couple of games, the kids sang, "I Want a Hippopotamus for Christmas", and then we played boomwhackers.  We then followed tradition and read the Christmas Story from mom's old bible while the children held up puppets.

Finally gifts were exchanged.  We gave Robin a set of towels that we had folded into animals.  It was great!


Our Christmas Jammies were a big hit.  Each of us had a character from Charlie Brown's Peanuts gang.  Tasha was Sally, Zane was Linus, Shandra was Lucy, (Jay didn't get his until the next day, but he was Schrooder), Kalel was Snoopy, Kim was Charlie Brown, and I was Marcie.  I had a lot of fun making the shirts.

Our remodeling isn't finished, but we were able to use the new fami…
Post a Comment
Read more
More posts