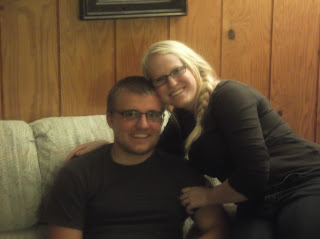 Tasha and Zane arrived the night before Thanksgiving - just in time to decorate the Christmas tree.  They were great helpers!  Of course - my other best helpers, Shandra & Kalel were there too!   Zane & Kalel had a great thing going.  Zane would attach hooks on the ornaments and then Kalel would put them on the tree.
I caused quite a traumatic event this year - I got new ornaments!  We have had the same two sets of decorations for 30 years.  We would alternate one year with homemade ornaments and then the next year we would use glass balls.  Apparently tampering with traditions is dangerous work!
It was funny to watch Tasha as she almost bit her tongue off trying not to make any negative comments about the new decorations.  Shandra on the other hand didn't even try to hold back her comments!  I chose not to let their negativity spoil our fun - and we found plenty of fun things to laugh about and fun memories to recall.