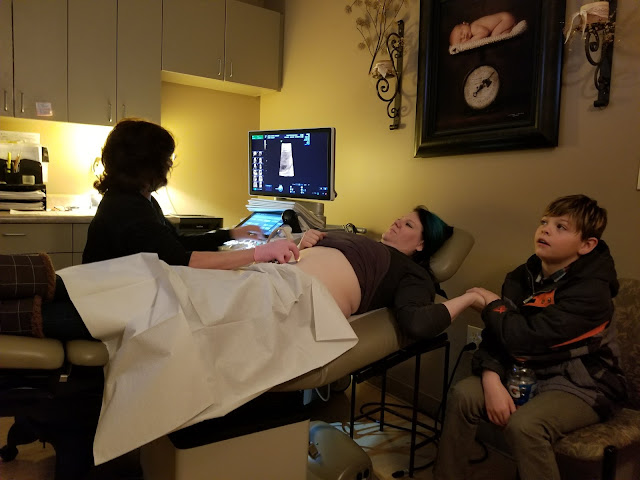 Kim, Kalel and I were invited to Shandra's big ultrasound.  It was SO fun to see that cute little critter wriggling around!  We were all extremely happy to hear that all is well with the baby, except Kalel - he kept asking over and over and over "Is it a girl? Am I going to have a sister?"
When the ultrasound tech final told us all that it was a girl Kalel literally jumped up, pumped his fist, and cried, "YES!"  I'm thinking that he is just a little excited about having a sister.  I have to agree since we now have two grandsons a little girl would be fun.

We are all pretty excited!
Here are some random pictures of dad.  He claims he doesn't like Robin's dog, Koko, but I'm pretty sure that he secretly does.   Koko loves him and is always right on top of him.  Apparently Ashley's terrier, Barley, likes dad too.
Dad's dementia has been getting really bad and he has been very unsteady and weak.  We d…
1 comment
Read more
More posts