December 03, 2012
Saturday was the annual Olsen Family Christmas party.  The Rasmussens were in charge this year, and a good time was had by all!.

Dinner was a baked potato bar and salads - one of my favs!

The kids ran and ran and ran - they had so much fun!  After dinner we had a game of Christmas Bingo.  Kalel got the very first Bingo - he was so excited!  He also got the third bingo.  Obviously he had a terrific card! 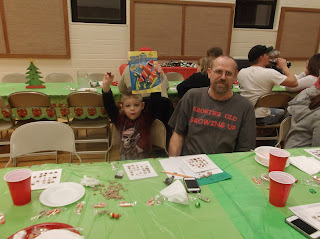 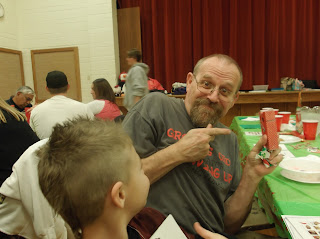 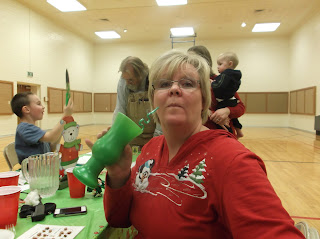 After bingo we had a snowball fight!  It was just crazy! 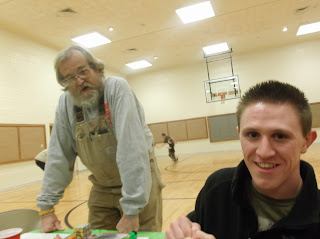 After the party, since the weather was still nice, Kim, Kalel, and I drove over to the Brigham City temple to see the nativity scene.  It was very simple and beautiful. 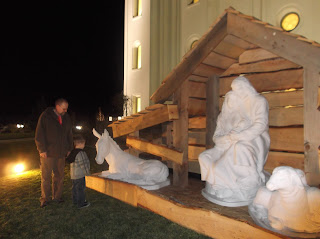 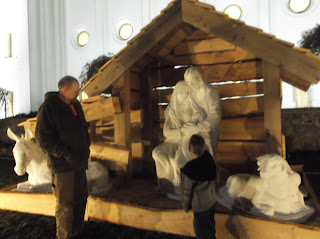 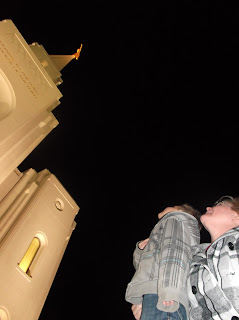 It is so wonderful to have a temple so close!
Christmas Temple

Popular posts from this blog 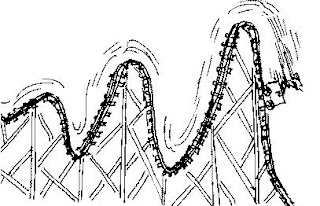 I never have a been a great fan of roller coasters - I know that they can be thrilling at times, but other times the rapid, constant ups and downs tend to make me nauseous.    My life right now feels like I am stuck on a roller coaster - and my emotions can't seem decide whether they want to be up or down.

The previous post talks about the passing of my father-in-law Ross.  3 days after Ross passed away, I took my last two finals of nursing school.  Whew!  After two very long years, hundreds of hours of studying, gaining 40 pounds from stress, and shedding millions of tears of frustration, I am finally finished with nursing school!  I came out of my tests feeling like a thousand pound weight had been lifted off of my shoulders!  The relief of completing something so difficult is pretty much overwhelming!  Needless to say, I left the school feeling like I could walk on air and I couldn't wipe the smile off of my face.
However, as soon as I got home from school, it was time t…
Read more 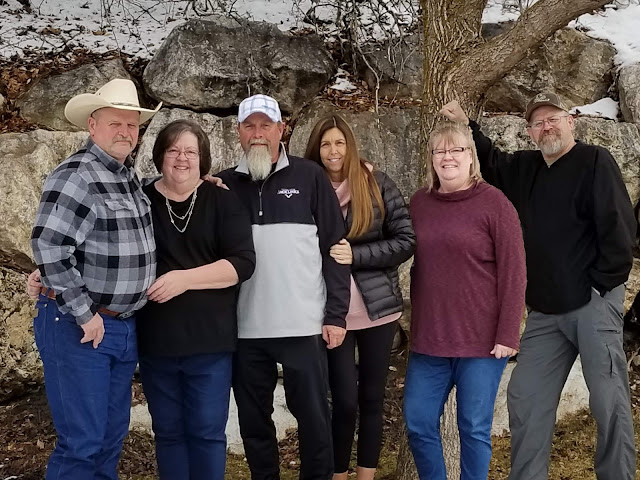 Honestly, I am glad that February is over.  February just seems to be a hard month, every year, no matter how hard we try, and no matter how many great things happen in February there just seems to be a heavy gloom over the entire family.  So, on the last day of February Kim and I headed up to the condo where Mike and Tammy met us.  Janis and Harper joined us the next day.
Needless to say, it was fantastic to get together and to catch up.  Other than needing to fill in the gaps in our lives, it was just like old times.  We laughed and talked and talked and talked.  We played a couple of games (which Harper enjoyed even though he adamantly denied it), and we ate great food.  The guys all grilled incredible steaks, and Harper made the most amazing crepes (or Swedish roll-ups as his grandmother called them) along with pounds of bacon.  I made a short video with pictures from years past and we did a ton of reminiscing.  What a GREAT weekend!

Body World's Animal Inside Out

Shandra, Bubba, and I decided to take a trip to see Body World's Animal Inside Out at the Leonardo in Salt Lake.  It was very interesting.  Real animals were preserved and displayed so that it was possible to see what was happening inside the bodies.

We also had fun at the Leonardo exploring things like stop-action movies and green screens.

We learned a lot and had tons of fun!
Read more